Huh. I just wondered what the origin of D&D classes are. Are they derived from other fantasy tropes? They seem like a weird way to divide up the world, but I've never seen anything written about the schema itself. 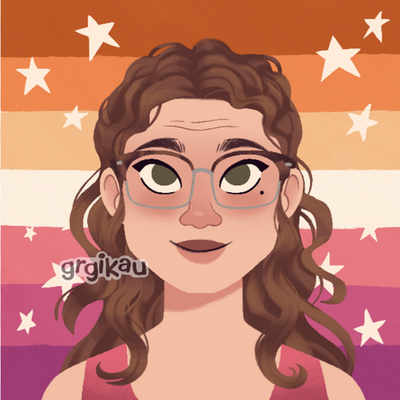 @aredridel You can trace the evolution of the classes from the source material itself. The very first edition had way fewer classes, two of which were 'Elf' and 'Halfling'. It was very much Fighter (Boromir), Ranger (Aragorn), Wizard (Gandalf), Halfling (Frodo/Bilbo), and Elf (Legolas). LOTR with the serial numbers barely scrubbed off. Others got added as people fleshed out the world beyond the LOTR source.

@aredridel Mid 1970's was when it was first written down, so you're definitely in the middle of the Tolkein memetic explosion.

@sysadmin1138 That at least makes sense. I've always wondered how sorcerer / wizard / bard came to be. Sounds a bit like it was problem solving in the game space itself, not particularly philosophical.

It's just wild since I don't really have a lot of reference for this schema, so playing D&D always feels a tidge restrictive.

@aredridel Bard and Sorcerer were pretty late additions to the core set, actually. Bard -- magic through music, kind of came about through the 1980's fairy-splosion, though later than the Druid. Sorcerer I think may have even been as late as 3rd ed, or one of the later 2nd ed modules.

I think I'm suddenly interested in this because I wonder what storytelling possibilities are missed by creating this schema. Friends said they want a Miyazaki flavored gentle and exploring campaign, and it dawned on me how ill-suited the classes are for it.

And then it dawned on me that _curiosity_ is not particularly well suited for D&D.

@aredridel The level system makes for an intentionally rigid set of character growth rules. It isn't a system well suited for freeform growth. So much of the rules focus around fights, thieving, and the price of loot. Doing a pure skills-campaign is harder to pull off.

@aredridel An internet friend is in an All Bards campaign. It's very much band-drama gaming, and break into the rules for fighting, thieving, and because Bards, Charming.

@sysadmin1138 Yeah, that's my constant friction. Even if I've never once cared about or noticed XP. I'm definitely one of those players who comes perilously close to ignoring the DM and doing something so far off the plan that rocks fall everyone dies.

"Oh, there's a dragon? Maybe we should go elsewhere then. Or befriend it. Or ..."

@aredridel XP sucks, it's why I use Milestone for advancement instead. Level at dramatically appropriate times. Or even separately if a character feels the need to do a quest for advancement.

@sysadmin1138 Yeah, same. But even so, just like in Real Life, I'm just not into aiming for milestones. I feel like there's a deeper truth I'm dancing around but can't find it yet. I'm just so _experience_ oriented. And relationship-oriented. And none of that is accounted for.